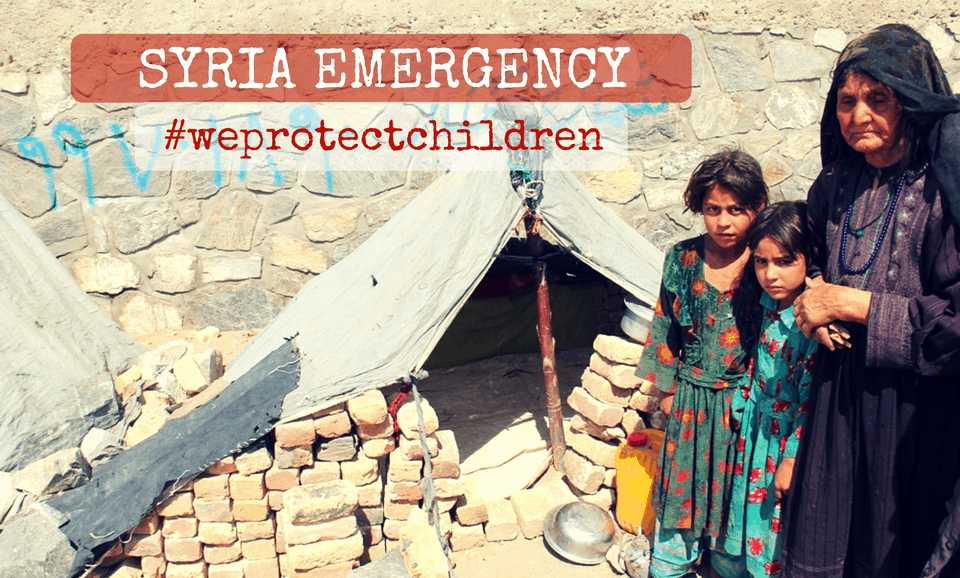 The Syrian conflict, which has now reached its sixth year, seems to have no solution. According to UNHCR, the number of refugees this year exceeded the threshold of 5 million (updated on 1 May 2017, http://data.unhcr.org/syrianrefugees/regional.php)

The nearby Jordan continues to welcome Syrians fleeing. There are more than 659,000 refugees nowadays, allocated almost entirely in the north part of Jordan, close to the Syrian border.

A tragedy that affects especially the youngest: nearly half of the refugees are children, many of whom were born during the war, they never saw anything but it, they never went to school and have big behavioral problems linked to the traumas suffered.

WHAT WE ARE DOING

WHAT WE CAN DO WITH YOUR HELP

Help us to support our projects, #weprotectchildren together!

Here’s an example of what you can do: