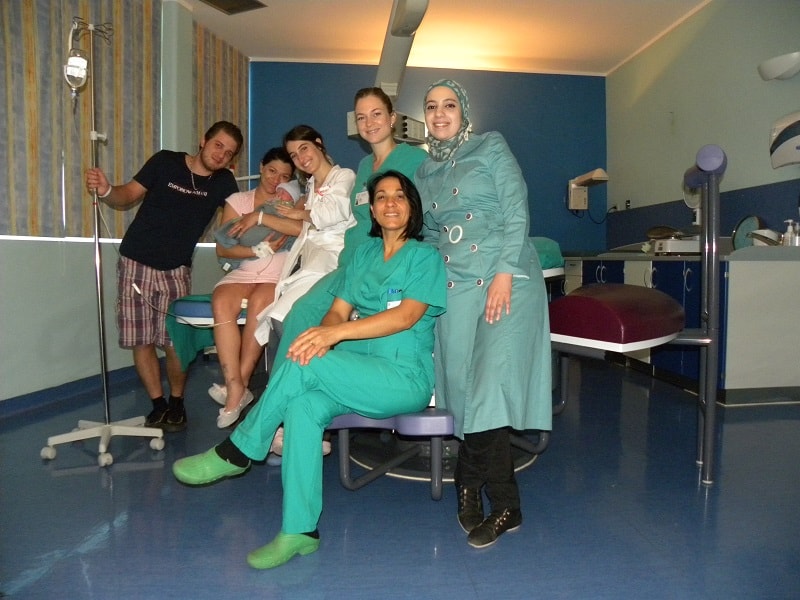 Makassed Hospital is the only public structure in East Jerusalem and is an example of excellence for the whole West Bank. It is a reference for about 230 thousand people, and needs to increase and update skills, methodologies and resources.

Since 2007, the training of Palestinians doctors and nurses has been a priority for Vento di Terra. We promoted a partnership between Makassed Hospital and San Paolo Hospital in Milan, which provides training for medical and nursing staff from Palestine. The doctors hosted in Italy have the opportunity to deepen and consolidate their skills in various fields such as maxillofacial surgery and laparoscopic surgery, pediatrics, gynecology and anesthesia. San Paolo Hospital makes also free checkups on Palestinian children who take part in the Peace Camp in Italy.

Specialists from San Paolo Hospital provide their knowledge in the treatment of children suffering from diseases, severe or acute, difficult to manage on site.

Since 2007, thanks to the collaboration with the San Paolo Hospital in Milan and the Lombardy Region, we have involved in the project about 100 doctors from the Makassed Hospital staff. Project partner is also the Palestinian Doctors Association from East Jerusalem.

The shared objective between San Paolo and Makassed Hospitals is to provide Palestine of updated tools to elevate the standard of the medical service. The general idea is to create a model that can be transferred to other structures in West Bank over time, to reach the poorer segments of the population.