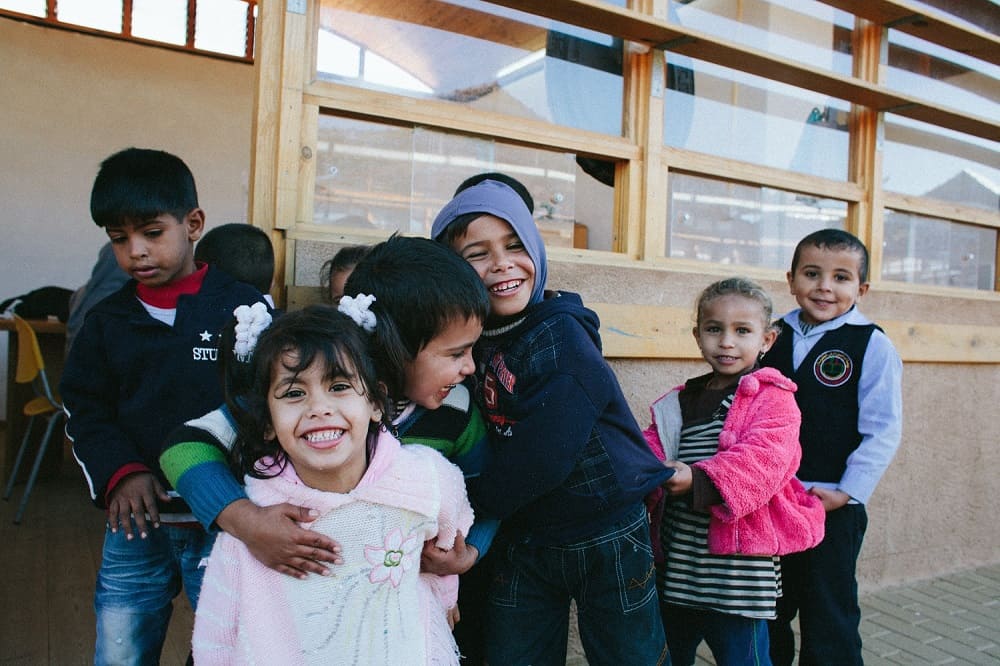 Vento di Terra relaunches the campaign “The Children’s Land lives! Rebuild together the future of the children of Gaza”, with new objectives to support the reconstruction of the children’s center, destroyed during the military offensive “Protective edge” and to permanently restore psychosocial support services for the population of Um al Nasser, Gaza Strip.

With the destruction of the Children’s Land center, on July 17th 2014 by the Israeli army, the village of Um al Nasser is now without a suitable place for the implementation of educational services and social care to the inhabitants.

Read the press release on the destruction of the center

Umm Al Nasser is one of the most vulnerable communities in the Gaza Strip. It is the only Bedouin municipality, located in the North close to the Eretz border and the Green Line. With a population of 5.000 people, 95% of them are registered as refugees and 60% are children. There are around 760 families, composed by 6-7 people.

During the invasion of the village by Israeli troops, the population was forced to leave their homes in the middle of the night, without being able to take anything with them. The attacks have led to the destruction of a large part of ​​the village, including farmlands and infrastructures, as well as the killing of many animals (cows, goats).

Today, most of the families returned to the village, but they are completely dependent on aid from international agencies. 250 families, about 1,700 people, 33% of the population is displaced, because their houses are completely destroyed or unusable.

The brutality of the military actions and exposure to traumatic events marked psychologically both adults and children: they show severe symptoms of PTSD (post traumatic stress disorder) in people who have suffered or witnessed sudden deaths, injuries, and air strikes explosions, destruction of buildings.

Children are the most exposed, on a psychological level. The continuous tension caused an increase in behavioral disorders, which add to disorders already under treatment due to the previous attack in November 2012. The Bedouin children in the Gaza Strip and in the village of Um al Nasser in particular, were already living a highly disadvantaged health and nutritional situation. Also in the current situation, where even basic infrastructures have been totally destroyed, the lack of social notions of basic health, combined with the problem of water contamination, contributes to the spread of diseases from parasites (amoeba, dysentery …) that primarily affect the early childhood and can even prove fatal.

The Children’s Land lives! Rebuild together the future of the children of Gaza!

Thanks to the generosity of many people and donors, in the next few months Vento di Terra, together with the local staff, was able to restore basic services, inside the building of the Municipality of Um al Nasser: the 17th of September the kindergarten has restarted its activities in a temporary place, an room for pediatric surgery has been set up and the staff began the first meetings with mothers for the psycho-social support and the management of the trauma caused by the conflict.

The temporary headquarters of the “Children’s Land” is not, however, designed to accommodate all the activities of the multipurpose center: children have increased (from 130 to 170) and the classrooms are small and unprovided of material (chairs, desks, blackboards), the pediatric clinic is set up in a basement, the activities with women are in the atrium of the building, with no privacy.

The land to rebuild the children’s center has already been identified and the permits for reconstruction arrived. The project will be modular, so it will be possible to build a block, as economic resources arrives. The bricks for the construction will be made entirely on site.

HELP US TO REBUILD THE CHILDREN’S LAND
Rebuild together the future of the children of Gaza!

WITH 25 EURO DONATE A SCHOOL KIT TO A CHILD

WITH 40 EURO DONATE A PEDIATRIC VISIT

WITH 50 EURO SUPPORT PSYCHO-SOCIAL ACTIVITIES FOR THE WAR TRAUMA

WITH 100 EURO CONTRIBUTE TO REBUILD THE CHILDREN'S LAND