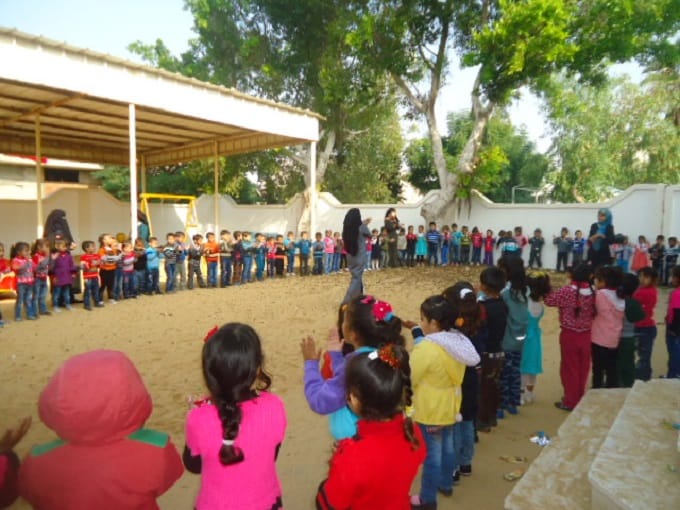 The destruction of the Children’s Land Center facilities during the events of the last military action against Gaza in the summer of 2014 took its toll on the children of the kindergarten in many ways: this was noticed in the downfall of the children’s behavior in the Center’s kindergarten to the worse, which called for interference by the teachers and people in charge to try and help overcome it in whatever way possible.

The main characteristic of this behavioral alteration is the increase of hostility levels between the children themselves, which can be traced back to problems at home or and most probably to suppressed emotions such as fear and insecurity that were created during those 51 days of horror. Therefore, and working upon the motto of Vento di Terra’s president, Mr. Massimo Annibale Rossi, “The Children’s Land Lives!”, the work towards the uplifting of children’s spirits started with the reopening of the kindergarten.

The biggest act so far is a month-long campaign organized by the staff of the Children’s Land kindergarten with the help of Vento di Terra’s current local partner, Canaan Institute of New Pedagogy. The campaign is called “March without Violence” and its slogan is “Let’s Keep Friends”. Basically and as the name suggests the campaign is about giving all efforts towards helping children restore their lost innocence and overcome whichever feelings that are making them more aggressive when dealing with each other; with the vision of achieving so through play and fun activities, the two most important components of childhood which are first to fade away in times of despair, e.g. being afraid for your families, friends and your own life while missiles and bombs are ripping your city apart. So, the teachers, principal, nurse, social worker and every other staff member of the kindergarten are working together to create a pleasant atmosphere with concentrated efforts to remind the children, constantly everyday for the whole month of March, of how great life would be if we are all friends who play together rather than fight all the time.
So far, these efforts are blossoming and we are hoping for more blooming results throughout the period of this campaign.
Until then “Let’s Keep Friends!”

Help us to support the Children's Land! 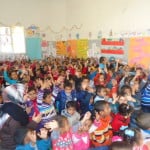 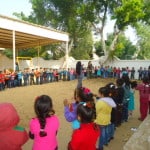 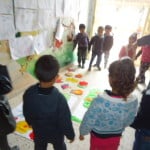 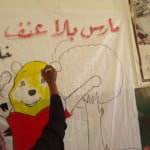 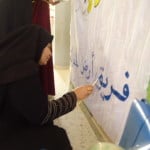 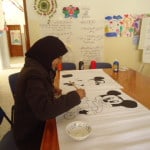