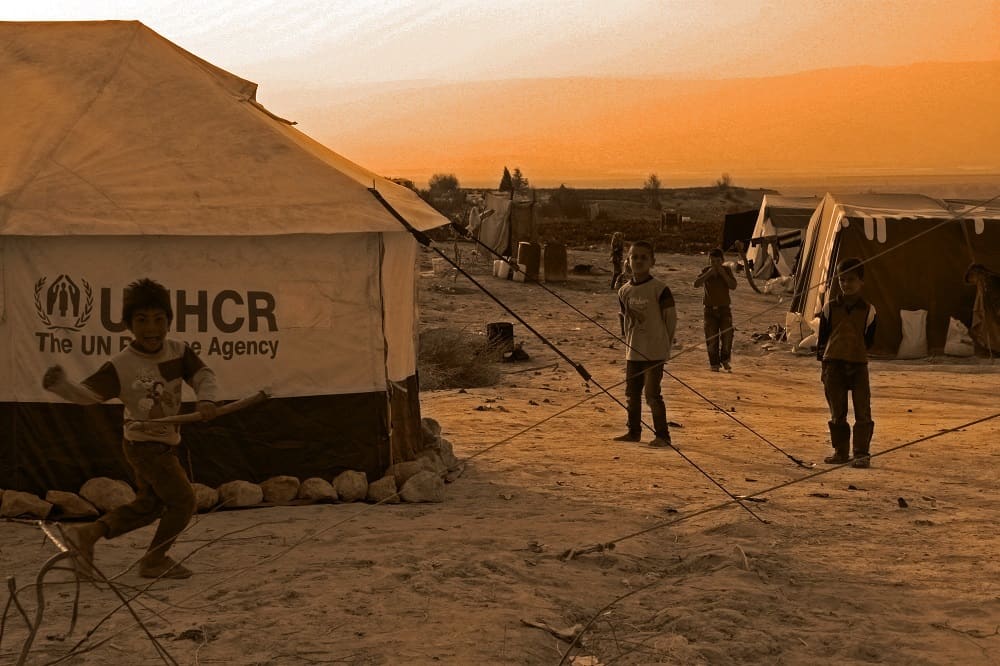 Over 97% of Syrian refugees are hosted by neighboring countries and this involves a significant burden on the infrastructure, the economy and the society of the countries themselves.

In Jordan there are about 550,000 Syrian refugees, including more than 291,000 children.
About 20% live in the Zaatari refugee camp, in the province of Mafraq, in northern Jordan, which remains so far the only camp equipped and managed by UNHCR. The remaining 80% are dispersed in so-called “host communities”, concentrations of refugees in the cities, often in neighborhoods already crowded and degraded. The refugees are housed in rented apartments and often overcrowded (with rental costs increased dramatically), often in makeshift housing below the minimum standards of hygiene and housing. Many refugee families without income send their children to work to ensure their survival. According to a recent study conducted by the High Commissioner for Refugees in the UN refugee camp Zaatari, Jordan, most of the 680 shops and businesses employ children. The results of an investigation carried out in 11 of the 12 governorates of Jordan show that almost a refugee family of two of those examined relies, in part or in full, on the income generated by a child. The UNHCR report also highlights how the number of children who are not in school is higher for those who attend. More than half of all Syrian children of school age who are in Jordan do not attend school.

The Syrian refugees presence is concentrated mainly in the cities of Irbid, Mafraq, Zarqa, Amman and in general in the provinces of the north. Despite the humanitarian effort is considerable, it is not able to meet the basic needs of refugees and people living in host communities are significantly more disadvantaged than people residents in the Zaatari area.

Vento di Terra decided to intervene in support of Syrian refugees in Jordan. In these months is making a work of analysis of the context and needs, through missions of its local staff in the cities of Irbid, Mafraq, Zarqua and Zaatari refugee camp.