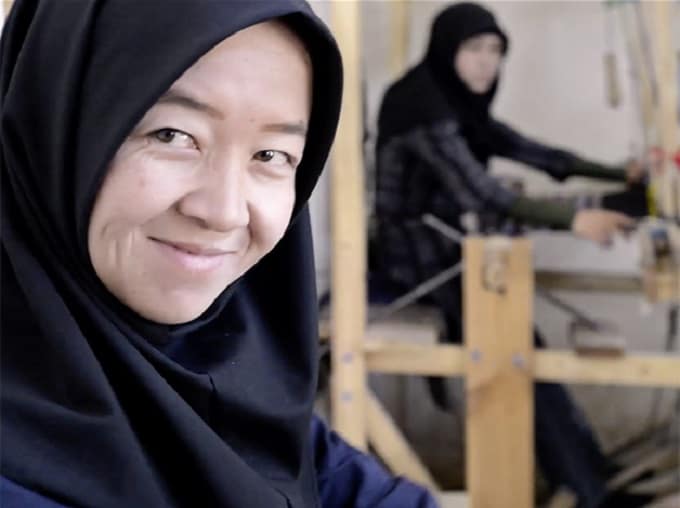 The video of the project “The Women of the Silk Road”, realized in Afghanistan last september thanks to Annamaria Bruni, won the 3rd place at the Nikon Photo Contest 2014-2015, category F, open theme.
A great reward for all of us and for the cultural commitment of Vento di Terra!

“This project aims to encourage women’s emancipation through the art of weaving.
Women are the victims. In the past decades, it has been the women who have paid the highest price, being both victims of the war and of their everyday life at home. They are condemned to illiteracy, to submission, to a life of hardships among household, kids, and refugee camps. They are even denied hope, incapable of imagining a different future: in the Herat province alone, in a year 84 women either committed suicide or tried to commit suicide by setting themselves on fire.

The project “Women of the Silk Road” was carried out in Zindah Jan, in the Herat province.
The hurdles to overcome to carry out the project have been many, from the extreme logistics to the reluctancy of the women, who did not want to be filmed while they were working.
We were only able to shoot for a few hours in these magical places, where it feels like time has stopped and the Afghan culture expresses its wonderful history.”

Read more about the project

Here is the video!