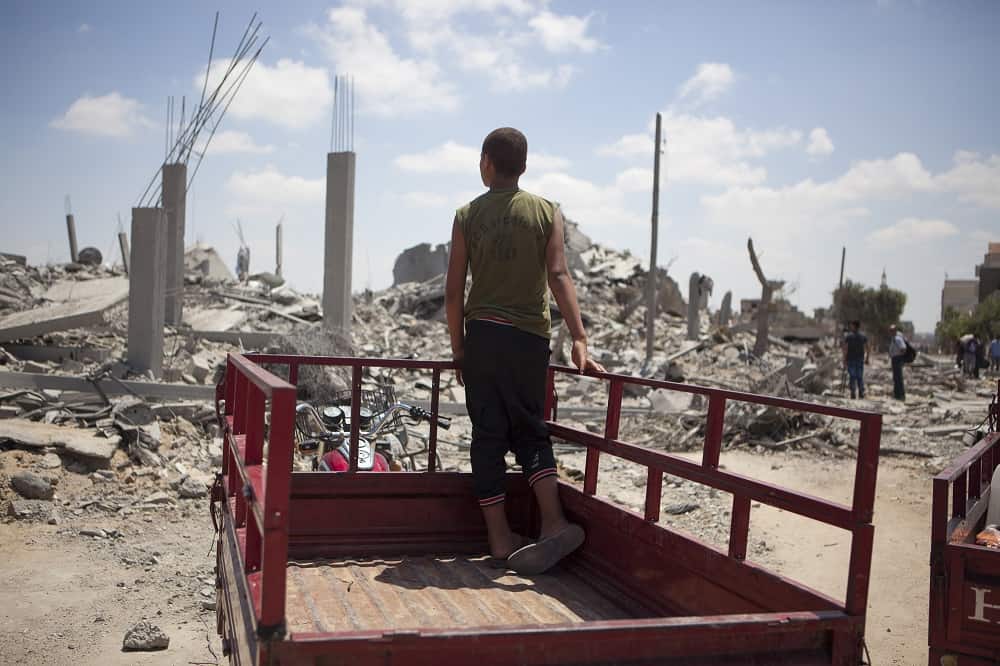 SCP – Società Civile per la Palestina adheres to the appeal of over 70 international NGOs operating in Palestine (AIDA) condemning the killing of 10 unarmed Palestinian civilians and wounding over 1,300, which took place in Gaza on Friday 6 April, during the “March for the return”. March that has promoted peaceful demonstrations near the separation barrier that delimits Gaza from Israel.

Till the 6 April, 16 Palestinians were killed and 1,400 wounded during the demonstrations of March 30, 2018, on the occasion of the commemoration of the “Earth Day”, in which the Israeli army opened fire on civilians. According to the WHO, 758 wounded were hit by bullets in blatant violation of International Law. It has also frequently been prevented by doctors and paramedics from rescuing the wounded; a farmer who did not participate in the demonstrations was killed while working in his camp.

Attacking a non-violent demonstration is a violation of the fundamental rights of civilians, and in particular of freedom of association and security, and contradicts the obligations of the occupying force, which should guarantee the well-being of the occupied population. We demand that Israel assume the responsibilities defined by International Law and Humanitarian Law, and that it refuses to consider a civilian population as an enemy army and to exercise disproportionate use of force in response to Palestinian demonstrators.

Israel has imposed an illegal blockade of access routes for 2 million Palestinians living in Gaza for over 10 years, leading to de-development, poverty and desperation. In Gaza a total embargo was imposed, before commercial, human. Most of the population has never left the Strip, the pass with Israel can only be used by Palestinians in possession of special permits, while the crossing with Egypt remains mostly tight and in any case is passable through a visa difficult to obtain.

Gaza has one of the highest unemployment rates in the world, reaching 44%. Economic development is dependent on international aid and the production sector has drastically eroded over the last 20 years. As reported by a recent World Bank study, the contribution of the production sector to Gaza’s GDP has increased from 27% in 1994 to 14% in 2018. Basic services are strongly compromised due to the blockade; in particular the medical sector suffers from the chronic deficit of electricity, scarcity of medicines and equipment. The local health system therefore has a limited capacity to respond to the current emergency: in Gaza about 42% of the basic medicines are not available at the moment.

Echoing the words of the UN General Secretary Antonio Guterres, we ask that Italy promote the opening of an independent and transparent investigation into the incident, requesting that those responsible for violations be prosecuted. We also urge the UN to guarantee the safety of civilians by activating an international interposition force. We condemn the collective punishment measures inflicted on Palestinians, including the Gaza blockade, which is part of a military occupation environment that has been active for over 50 years. We demand that Italy commit itself to pressuring Israel to adopt urgent humanitarian measures to support the population of the Strip.