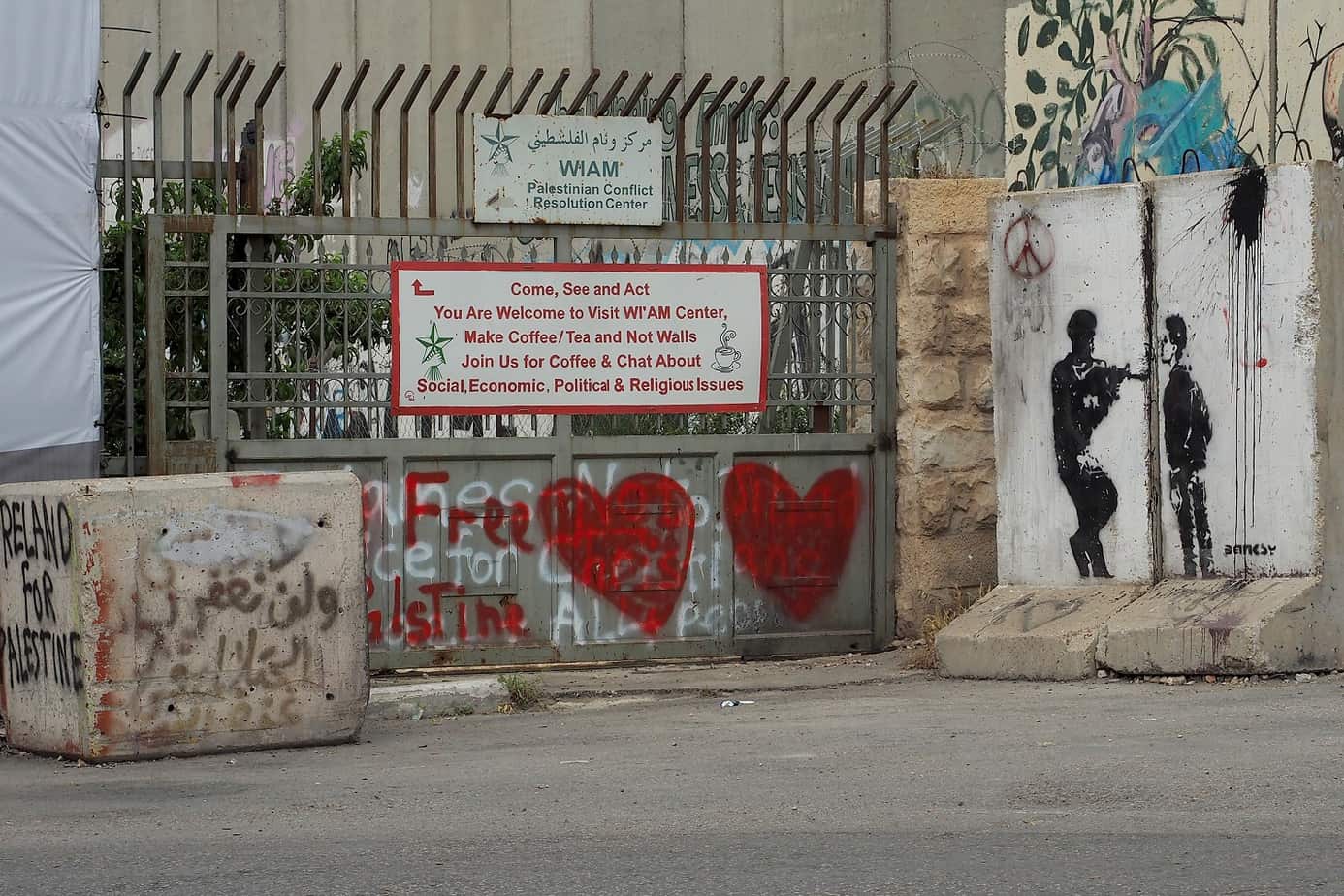 I was born in an era in which people believed that the Israeli occupation would have soon come to an end. After the signing of the Oslo accords, my father was sure that, before I would’ve begun attending school, there would’ve no longer have been any occupation. Many years have passed. Now I’m 23 and I’ve recently received my degree in Law. My father, Munther Amirah, is now in an Israeli jail. He’s the coordinator of the Popular Struggle Committee and is the former Secretary General of the Palestinian Union of Social Workers and Psychologists.

Israeli soldiers have arrested him over one month ago in Bethlem, for having taken part in a peaceful protest against the U.S.A.’s decision to recognise Jerusalem as capital of Israel. Since then, a military court holds my father in jail, even though they can’t prove any of the false accusations made against him. Obviously, Israel will never confess the true reasons behind his arrest. They know my father is innocent, but they want to force my father and all Palestinians to accept the systematic infringement of our rights. Israel keeps oppressing all Palestinians that resist and fight the occupation in all ways and through all means: by appealing to international rights and laws, promoting the BDS movement or simply by protesting in the streets.

In my father’s case, the Israeli military court is sending an intimidating message to all those that, also through non-violent action, are challenging the Israeli apartheid regime and are protesting on the roads to call for freedom and justice. The military judge will surely have been annoyed when my father stated that, according to international law, Bethlem isn’t part of Israel and therefore he didn’t need Israeli permission to protest against Trump’s decision.

I’m also sure the judge will have equally been annoyed when my father told him that the Israeli occupation is encouraging further violence. After long interrogations, which have kept my father from sleeping, those who had him imprisoned will surely have been disappointed, as he maintained his moral valued throughout all interrogations and court hearings.

My father is doing what everyone should do in a situation of injustice: resist. However, it’s not easy for us to accept the risks he’s going through for freedom and for life. When he was arrested, in fact, he should’ve been in hospital: he had high fever due to a serious infection, and also suffered from hypertension. Even though he was well aware of this risk, he was firmly convinced that it was his duty to take part in the protest, despite his health conditions. My mother is very strong, and helped me and my four brothers maintain hope. The smallest kids, Youmna (12) and Mahammad (8), can’t wait for the day they’ll be able to hug their father once again.

They understand that we’re living under a despotic occupation, but can’t accept the fact that taking part in a peaceful protest may be the reason for our father’s arrest. Youma and Mohammad attend the Salesian convent school in Cremisan, located in a beautiful valley in which Israel is expanding its settlements and building the annexation wall. A few years ago, a priest from that valley decided to protest against all this by organising an open air mass every Friday. So we united ourselves with our father in praying for justice and peace.

Experiences like this one have only increased my admiration towards my father, as he taught us each one of us has a role in our struggle for freedom. This means that even a Muslim girl like me can take part in Christian prayers, and this is what we did, in the Al-Aqsa mosque gatherings in Jerusalem last July, when Christians and Muslims have prayed together.

While the U.S. threatens our people with sanctions, and while Europe keeps cuddling Israel, the occupying force keeps on believing it will never pay for its actions. Anyways, the Israeli occupation will never corrupt our dignity or break the power of our will. After a whole life spent under Israeli occupation, this experience will only make my father stronger. Israel sees my father, a non-violent activist, as a threat to the apartheid system, as he spreads hope among our community.

Thanks to his teaching, my aspiration is to become an advocate for human rights, and we will keep organising our communities, gathering and undertaking campaigns until Palestine will finally be free. When I was born, everyone expected to have an independent state. I don’t know whether freedom is about to come or not, but I’ve learnt from my father that we all have the right to pursue our rights. Consider this as the testimony of a proud daughter, whose father is held in an Israeli jail for the “crime” of believing in a free Palestine.

Read the original article on +972mag