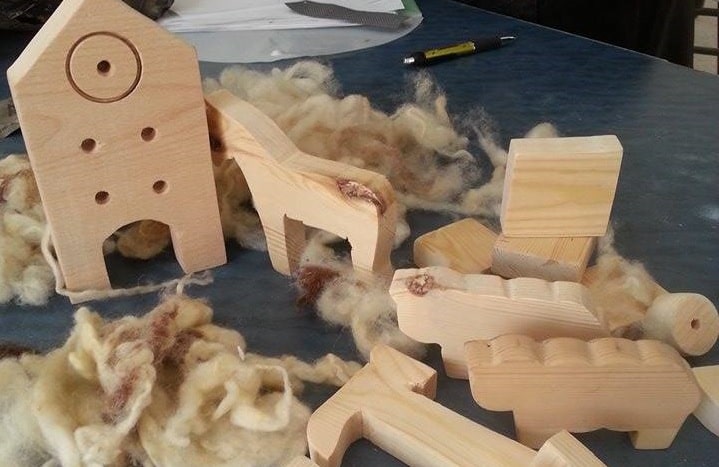 Vento di Terra’s first priority has always been strengthening the communities they work with; like the Bedouin community of Um Alnasser village, north of Gaza Strip. One major step taken towards the achievement of that is seen in the NGO’s current project funded by the European Union; “PROMOTING THE BEDOUIN CENTRE “CHILDREN’S LAND” AS A PARTIIPATORY LAB FOR COMMUNITY DEVELOPMENT” Code: DCI-NSAPVD/2013/333-872 which is based on building a Women’s Center for the benefit of the people of Um Alnasser. In this center it is foreseen the creating of two laboratories; one tailoring and one carpentry laboratory, and the training of Bedouin women of the village on tailoring and carpentry, unfortunately as the construction of the Women Center is taking longer than planned due to out-of-hand complications it was decided to start the trainings foreseen in the project in the Community Centre of Um Alnasser.

10 women of the Bedouin village of Um Alnasser are attending the carpentry trainer; a female trainer with the help of a skilled carpenter are teaching them how to use carpentry machines and tools to produce mainly wooden toys for children using the materials provided to them by Vento di Terra NGO through the EU funded project. This approach of training women on carpentry, which is seen as a strictly men’s craft in this community, took a little planning and a lot of patience and it is recognized as a steppingstone towards the final aim which is empowering women and advocating better understanding of women’s role and what they are capable of accomplishing in this community and the ones similar to it.

The participants of the carpentry training are all highly motivated and enthusiastic about what they are doing for they see it as an opportunity to break through the walls that have been put around them for so long; living in a highly conservative and strict community. Moreover, they are grateful for this chance to have the ability to provide for themselves and their families using this as a future source of income.  Not to mention that for them to witness what they will produce with their own hands is a great boost to their self-confidence which will not only result in improving their lives as individuals but the people around them from friends and family as well. 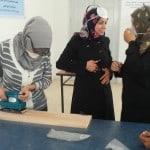 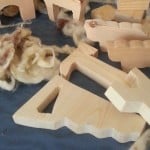 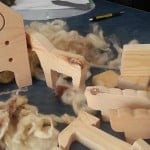