A wonderful End for an “Eventful” Year 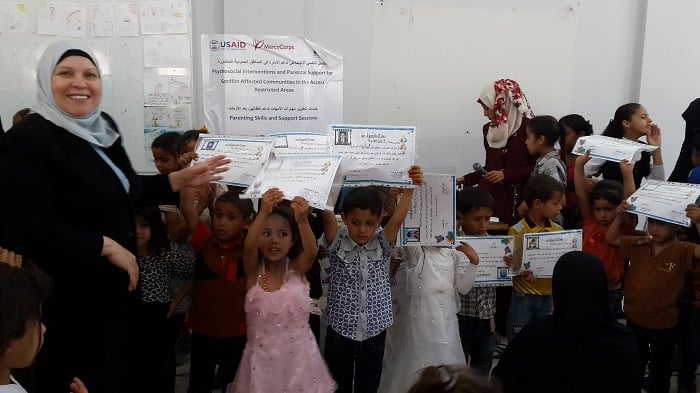 A wonderful End for an “Eventful” Year

On the 30th of May, 2015, the Children’s Land kindergarten celebrated the graduation of its children and the end of the 2014/2015 school year. This school year has been the hardest on the 4 years old kindergarten managed by the Italian NGO, Vento di Terra. For it had to face total destruction on the events of the recent aggression on Gaza Strip on July 20th, 2014. However, that did not stop the kindergarten’s crew along with the Vento di Terra staff members from standing tall and continue with an even stronger well the revive the kindergarten and restart its activities, and this graduation party was a celebration of the children’s success and the staff’s determination to face any obstacle put in the road of helping the Bedouin community of Um Alnasser village, north of Gaza Strip.

To say the least there was not a better way to end the year in the kindergarten than a festival organized by and for the people of Um Alnasser village represented by the director and staff of the Children’s Land kindergarten. The party consisted of a couple dances and songs sung and performed by the children of the kindergarten and witnessed by their families and loved ones, a speech given by Mrs. Nahed Kuhail, focal point of Vento di Terra in Gaza, on behalf of the NGO, another speech given by the director of the kindergarten, Ms. Fatima Abu Rashid, congratulating the children on their success and thanking the people of the village for never giving hope on the kindergarten and its guardian, Vento di Terra NGO and encouraging them to keep believing on their will to always taking the righteous side and working towards the development and uplifting of the community of Um Alnasser village. 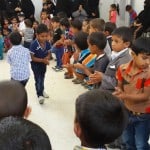 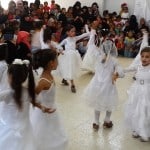 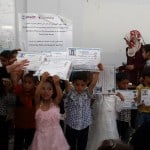