A pile of rubble 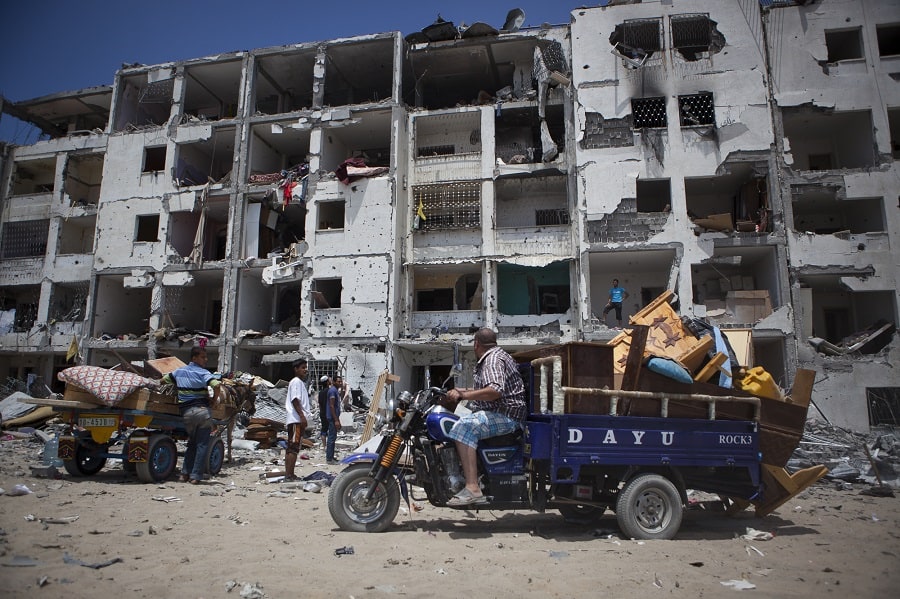 A pile of rubble

Yes, our kindergarten is a pile of rubble. One can see our precious books, educational games, a piece of a laptop with the sticker Vento di Terra on it. There’s a lot of us in this scrap and if you stop too long to the voice of memory will come as a blow, the opening day, my useless complaint to the staff because the bamboo constructed wetlands were too sparse… Now instead of the big tank there is a crater, because after the careful leveling with bulldozers, the Israeli army has decided to center the courtyard with a rocket from an F35… The fragments hit nearby homes and injured a child who once attended kindergarten, Mahmud, six years old. We wander dismayed trying to fix in mind the wooden arches and shaped roofs. We are here with the teachers, many of whom didn’t have until now the courage to come back here… Children are with us, the same children who for three years had been able to dream of being like everyone else. We also had dreamed. We had dreamed that the center with the flags of Italy and the European Union would have defended them… this did not happen…

The children are with us and collect drawings, ripped pages of our books, leaflets that advertise our pediatric service. The Pediatric Clinic: the excellence of the Children’s Land center, inaugurated only one year ago. With us also the coordinator of the community kitchen, of which does not seem to be anything left.
But the war has passed with its cargo of destruction and death and we have to think about the future. The staff really liked our slogan “the Children’s Land live!”, even if right now I do not feel to repeat it, it sounds fake. But it’s necessary to turn our mind to the future, to avoid being sucked into the abyss of resignation. And these women, who repeat to me “the Palestinians are a strong people”, they know it. They have decided to reopen the kindergarten in a temporary building within ten days. Already mothers follow us asking to enroll their children; the community is moving and proposals and many requests arrive. Thousand villagers are still in the UNRWA school in Beit Hanoun, those who have lost their homes. We must arrange transportation, because even their children have the rights to attend the school. I do not know how, but we’ll make it … There comes a mother and asks us if we will open. “Sure,” replied determinate F., our coordinator, “They destroyed the walls, but not the project … We’re still here.”
Yes, it is true: “TheChildren’s Land live!”

DONATE NOW FOR THE RECONSTRUCTION OF THE CHILDREN'S LAND!