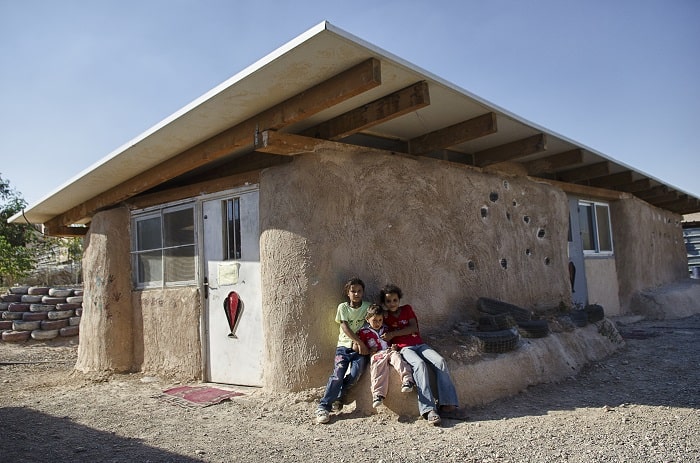 The schools in the desert

“Peace is built every day, with bare hands, with simple gestures and materials”

The situation of the Bedouin schools in the C Area, where since 1967 the Israeli Government has prohibited to Palestinians to build, is a wound that is getting worse. The Israeli army has increased pressure on local communities, to force them to leave their camps. For the Bedouins leave the camps would mean leave their rights and their culture. In particular Jahalin communities, who live in the desert between Jerusalem and Jericho, represent an obstacle to the plans of annexation of this area by Israel.

The territory is mostly occupied by colonies, marked by military roads, barriers, checkpoints. The schools are overcrowded and often teachers are not paid. The mere fact of being able to come to school in the morning is an adventure for many children and a conquest. A situation that causes a progressive discomfort and school dropout. “Without the school”, Alhan al Ahmar people say, “for our children there would be no future.”

The program continues with the rehabilitation of new schools in different villages in the C Area. Communities become the protagonists of the process, from the design, to the construction and management of the building. The buildings in bioclimatic architecture enhance local identity and traditions,  and are designed to meet the needs of the community in terms of function and service. The building techniques are mainly based on local and recycled materials. There is a particular focus on the sustainability of buildings, on energy efficiency and water.

The Al Jabal community represents an example of the consequences of a realized forced displacement...