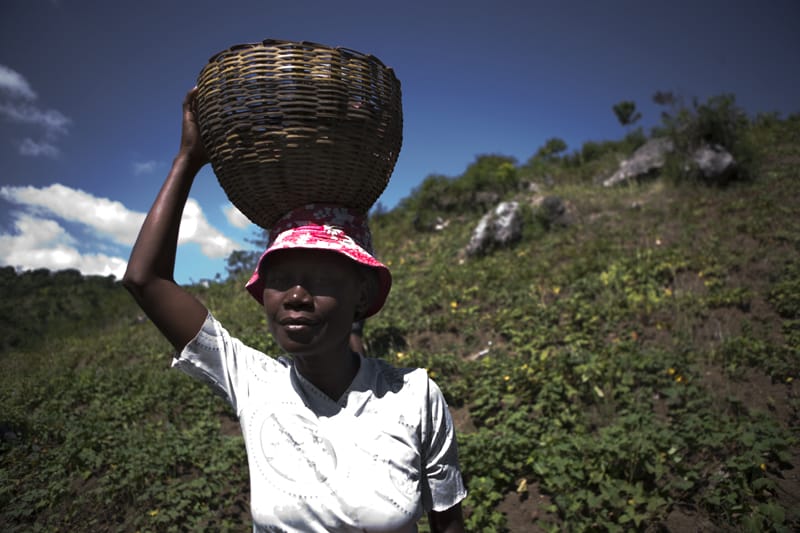 Seeds of future for Haiti

ln January 2010 a violent earthquake has devastated Haiti, causing 220.000 deaths and 2 million refugees. Over 18 thousand displaced people have found refuge in Acul du Nord, in the northern part of the island. The balance of the rural district, already deprived of resources before the earthquake, has been sorely tested by this emergency.

Our goal is to support the local population in facing the dramatic crisis caused by the earthquake. We operate in the agricultural and educational fields to support local farmers and children.

The project is intended to respond to two sets of needs:
1) the need to promote self-subsistence of the refugees families, in order to lighten the load of their needs on the community of Acul du Nord;
2) the need to give an answer to the denying access to the existing school structures and the economic difficulties of the families whose children have already been included in school.

Together with the Haitian organization Mouvement Paysan Acul du Nord and the italian Association Fonte di Speranza Onlus, in 2010 we promoted a system of community gardens, aiming at the enhancement of the existing biodiversity. The gardens, for refugees and the family farmers, have produced differentiated product for consumption and the local market. The cooperative model has also allowed us to consolidate social cohesion between local population and displaced persons. The community gardens have helped 80 families and refugees hosted by them.

Thanks to our intervention about 200 refugee children not placed in schools attended the activities of education support and animation. 50 children from the poorest families had access to school facilities as the project has allowed the coverage of the annual fee and more than 600 children received an education kit.

Show all news about Haiti

Haiti > Seeds of future for Haiti